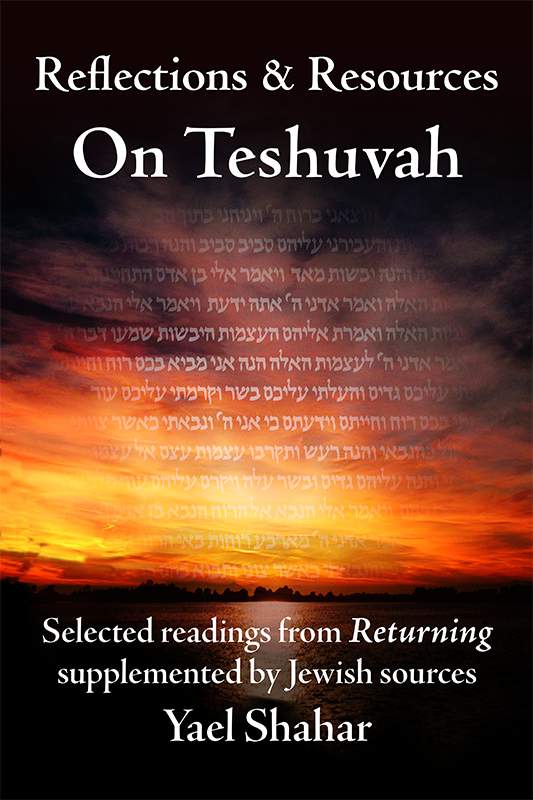 This discussion guide explores some of the difficulties and dilemmas facing those who seek to heal the wounds of their own souls—especially self-inflicted wounds. These topics are explored through a series of dialogues between Ovadya ben Malka, former member of the Birkenau Sonderkommando and Rabbi David Ish-Shalom. The discussion topics are supplemented with sources from Jewish texts and sample questions. To download the free pdf version, formatted for home printing, press "Sample" below.

Often translated as “repentance”, Teshuvah really means “returning”—returning to health, returning to a our chosen path, returning to who we were meant to be. But how do we change our life’s course without negating the past? What happens if we lost our way through no fault of our own? And, perhaps most difficult of all, how can we forgive ourselves without at the same time excusing our actions?

Reflections & Resources on Teshuvah explores these questions and more through a series of dialogues between a very unusual Ba’al Teshuvah and his rabbi. Ovadya ben Malka, a former member of the Birkenau Sonderkommando in search of atonement, originally approached Rav David Ish-Shalom to be his judge. However, the rabbi soon stepped out of that role, becoming mentor, confidant, and healer. But for Rav Ish-Shalom’s wisdom and compassion, Ovadya’s story would have had a very different ending.

Ovadya’s story is told in detail in Returning. However, this discussion guide stands on its own: the included dialogues can be read and pondered without reference to the rest of the story.

Each discussion topic focuses on a particular dialogue between Ovadya and the rabbi, supplemented with sources from Jewish texts, followed by a few questions to get the discussion going.

Ovadya’s story is proof that Teshuvah is always possible. Even in the case of acts committed under coercion; even when we don’t know whether we had a choice; and even when the wrong can never be put right. Yael Shahar was born in the U.S., but followed her dreams to Israel as a teenager. Since then, she has spent most of her career working in counter-terrorism and intelligence, with brief forays into teaching physics and astronomy. She now divides her time between researching trends in terrorism and learning Talmud with anyone who will sit still long enough.